The book of Jerry Falwell: fundamentalist language and politics

Susan Friend Harding is Professor of Anthropology at the University of California, Santa Cruz. She has published widely on fundamentalist Christianity, social movements, and culture reform, and she served as an adviser to the PBS series With God on our Side. 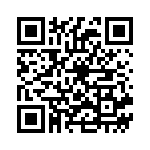