David Reynolds is an author and educator known for his historical and political works, many of which chronicle the relationship between the United States and Great Britain. Reynolds was born in 1952 in Orpington, England. He is married to an architect and has one child. Reynolds attended Cambridge University where he received his Ph.D. Reynolds's first work, The Creation of the Anglo-American Alliance, 1937-1942: A Study in Competitive Co-operation, was published by the University of North Carolina Press in 1982. It won the Bernath Prize from the Society for Historians of American Foreign Relations. Reynolds also wrote Rich Relations: The American Occupation of Britain, 1942-1945, (1995) and more recently, has done research on the Cold War Era. Reynolds is an historical advisor for a BBC/PBS production about the historical relationship between the two countries. Reynolds has been a visiting fellow at both Cambridge University and at Harvard University. He and his family live in Cambridge, England, but summer in New Hampshire. 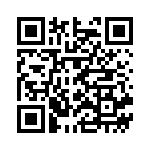