Brian J. Collins is an Air Force officer currently on the faculty of the Industrial College of the Armed Forces at the National Defense University. 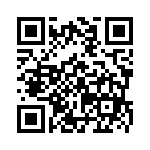