الصفحة 146 - ... authority will constitute a continuing committee to decide by agreement on the modalities of admission of persons displaced from the West Bank and Gaza in 1967, together with necessary measures to prevent disruption and disorder. Other matters of common concern may also be dealt with by this committee. 4. Egypt and Israel will work with each other and with other interested parties to establish agreed procedures for a prompt. just and permanent implementation of the resolution of the refugee problem.‏
تظهر في 57 من الكتب من 1936-2007
الصفحة 25 - The Jews had light, and gladness, and joy, and honor. And in every province, and in every city, whithersoever the king's commandment and his decree came, the Jews had joy and gladness, a feast and a good day. And many of the people of the land became Jews; for the fear of the Jews fell upon them.‏
تظهر في 29 من الكتب من 1859-2005
المزيد
الصفحة 118 - They that be slain with the sword are better than they that be slain with hunger: for these pine away, stricken through for want of the fruits of the field.‏
تظهر في 143 من الكتب من 1805-2008
الصفحة 146 - Disputes arising out of the application or interpretation of this Treaty shall be resolved by negotiations. 2. Any such disputes which cannot be settled by negotiations shall be resolved by conciliation or submitted to arbitration. ARTICLE VIII The Parties agree to establish a claims commission for the mutual settlement of all financial claims.‏
تظهر في 46 من الكتب من 1947-2003
الصفحة 21 - THE STATE OF ISRAEL will be open to Jewish immigration and the ingathering of exiles. It will devote itself to developing the land for the good of all its inhabitants. It will rest upon foundations of liberty, justice and peace as envisioned by the Prophets of IsraeL...‏
تظهر في 42 من الكتب من 1948-2006
الصفحة 54 - I hereby make this public— that the value of Jewish property frozen in Iraq will be taken into account with regard to the compensation we have undertaken to pay...‏
تظهر في 10 من الكتب من 1928-2004
الصفحة 229 - There will have to be some sort of international fund set up for the refugees. There is, I think, some interest, interestingly enough, on both sides, in also having a fund which compensates the Israelis who were made refugees by the war, which occurred after the birth of the State of Israel. Israel is full of people, Jewish people, who lived in predominantly Arab countries who came to Israel because they were made refugees in their own land.‏
تظهر في 4 من الكتب من 1994-2005
الصفحة 245 - William B. Quandt, Camp David: Peacemaking and Politics (Washington DC: The Brookings Institution, 1986), pp.‏
تظهر في 13 من الكتب من 1987-2004
الصفحة 212 - Jewish settlement in the Land of Israel, prior to the establishment of the State [of Israel], and the invasion of Arab armies into...‏
تظهر في 4 من الكتب من 2001-2008
الصفحة 7 - THE ESTABLISHMENT OF THE STATE OF ISRAEL On the eve of the establishment of the State of Israel, there were 130,000 Jews in Iraq, most dealing in trade, industry, craftsmanship, and services.‏
تظهر في 3 من الكتب من 1961-2001
أقل

ITAMAR LEVIN is Managing Editor of Globe---Israel's Business Newspaper. Since 1995, Levin has been the world's leading journalist in researching and reporting on the issue of Holocaust victims' assets. His previous publications include The Last Deposit: Swiss Banks and Holocaust Victims' Accounts (Praeger, 1999) and His Majesty's Enemies: Britain's War Against Holocaust Victims and Survivors (Praeger, 2001). 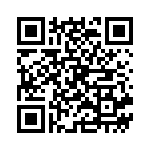